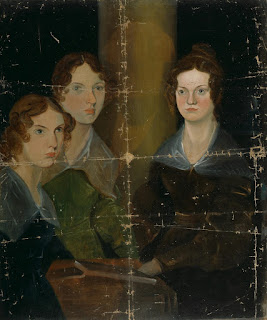 Anne Brontë was born in the village of Thornton, Bradford in the West Riding of Yorkshire on 17th January 1820. The youngest child of Patrick and Maria Brontë. The Brontë family moved to Haworth just a few months after her birth. Anne was a brilliant author, inspired poet, and, in many ways, a woman ahead of her time. 2020 is the 200th anniversary of Anne Brontë's birth.

Her debut novel Agnes Grey, published alongside Emily’s Wuthering Heights, is a beautiful and impeccably structured novel. It is a largely autobiographical tale of the struggles of a governess, and in many ways foreshadowed Charlotte Brontë’s Jane Eyre written a year later.

Anne’s second novel The Tenant Of Wildfell Hall is a revolutionary work, dealing unflinchingly with subjects including alcohol and opium addiction, marital cruelty and infidelity, class inequality, and the right of women to choose their own path in life. It has been called the first fully formed feminist novel, and is still stunning readers with its power and veracity today. 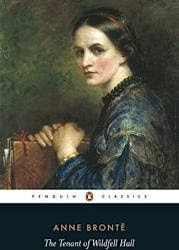 To honour Anne's birth, I have just reread The Tenant of Wildfell Hall, and was completely blown away by its breadth and depth. In many ways, it reminded me of Mrs Henry Wood's East Lynne. It deals with the same issues and covers much of the same ground. I was somewhat surprised to find myself reading a sensation novel written by a Brontë.

On its first publication in 1848, Anne Bronte's second novel was criticised for being 'coarse' and 'brutal'. The Tenant of Wildfell Hall challenges the social conventions of the early nineteenth century in a strong defence of women's rights in the face of psychological abuse from their husbands. Anne Bronte's style is bold, naturalistic and passionate, and this novel, which her sister Charlotte considered 'an entire mistake' is a wonderful example of the Sensation Novel made famous by Wilkie Collins and Ellen Wood.

I absolutely loved the novel and was delighted to also find a BBC adaptation of the novel, which we are now watching and loving.
Books