A generation of people, maybe two, have never known shortages in the shops. And suddenly, for no real reason, supermarkets have gaps on their shelves. Some entire aisles are empty. This sight creates panic - which becomes self-fulfilling. We had queues outside our supermarkets the length of which I hadn’t seen since I spent some time in communist Poland in 1978.

When presented with the unexpected ‘lockdown’ a lot of people reacted by stockpiling essential items. For many people this seemed to be an odd mix of pasta and loo rolls. The supermarkets responded by assuring us that there are no real shortages and, generally, they restocked their shelves overnight. 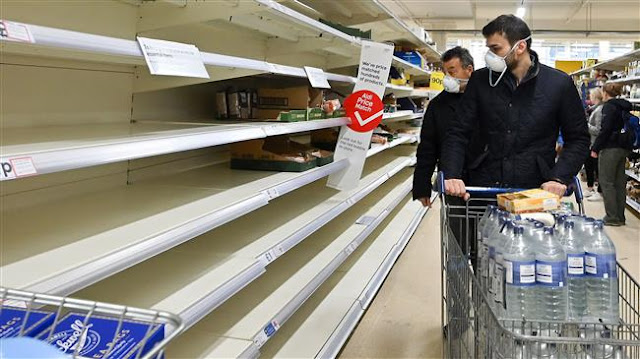 I kept fairly cool about all this but I must admit I was shocked when we went into Sainsbury’s in Macclesfield to be greeted by a completely empty fresh vegetables aisle. There wasn’t a potato in the place! It was only some time later I realised that this was the same day that school closures were announced leading to extra panic buying - presumably because kids expect chips at home.

Since that low point things seem to be returning to normal. People have grown tired of living on rudimentary pasta bakes, long life milk, and gin, so they have returned to more normal buying habits. And supermarkets have introduced various measures to ensure an informal form of rationing.

We are told that now only a tiny 3% of shoppers are panic buying. The rest of us are just buying a few extra items as we shop. But in these times of just-in-time stock control, tight supply chains and a reliance on imported food, even a small increase in demand still brings problems.

I have found all of this very interesting as a study of behavioural economics and the psychology of pandemics. And we now have a new irregular verb in the language:
I stock up
You panic buy...
Strange times