Posted by Chris on April 12, 2020
For reasons too obvious to mention, we have not been to any theatres recently and we are very much looking forward to resuming our trips.

In the spirit of improvising, we have been exploring the various streaming offerings which are now springing up, allowing us to 'go to the theatre' in our own homes. Of course, this is a very limited offering compared to the full range of real world theatres, and you certainly don't get the smell of the grease paint. And no-one is really going to convince me that a television can be a substitute for a real theatre, however good the surround sound. 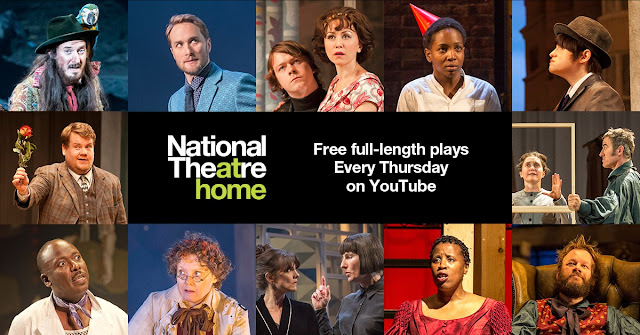 And yet, if a vital aspect of watching a play is our ability to 'suspend disbelief' then perhaps, during this time, we should suspend it a little more than usual so that we can enjoy some fine acting on our small screen.

In fact, in the past couple of years we have enjoyed some fine plays streamed to a local boutique cinema -  Fellini's in Ambleside. Of course, their screen is very large and suspending disbelief is much easier, but we have both enjoyed watching West End productions which we would otherwise be unable to get to.

At home we've so far enjoyed re-watching Oscar Wilde's An Ideal Husband, originally streamed from the Vaudeville Theatre. We also watched for the first time Oscar Wilde's The Importance of Being Earnest from the same season. We had originally booked to see this at Fellini's in October 2018 but at the last minute we couldn't go, so this was something of a bonus for us. Both plays were, of course, brilliant and we both agreed that we were able to immerse ourselves in the performance. 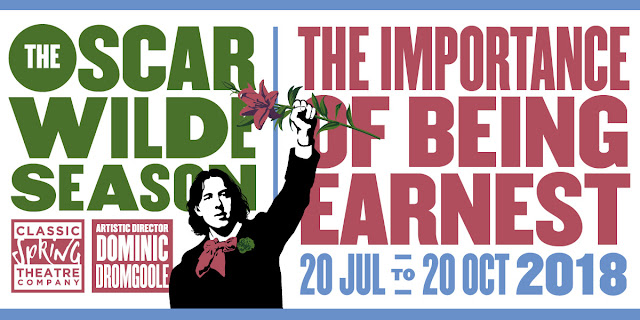 The Oscar Wilde season, which also includes Lady Windermere's Fan and A Woman of No Importance is being streamed on Marquee TV, a niche provider which offers plays, opera and dance from some of the world's foremost theatres including the RSC, Glyndebourne and the Bolshoi Ballet. Picture and sound quality are both excellent, as they must be if the experience is to be immersive. 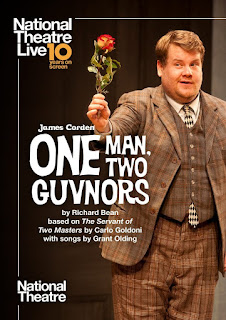 We are also enjoying the National Theatre's limited releases on YouTube. They are naturally selecting diverse plays in the hope that there is something for everyone so not everything is to our taste. The National Theatre has an extensive back catalogue to draw from as they have been live-streaming to cinemas for almost 10 years. Although their YouTube selections are only available for a week, we have so far enjoyed One Man, Two Guvnors, a 2011 performance of the modern play starring James Corden - when he was still a full-time actor and carpool karaoke was just a dream. The play is based on the 18th century Italian comedy, Servant of Two Masters, relocated to 1963 Brighton.

We're looking out for other streaming services and will probably try some more, especially if they have a free trial period.

It might not be the full experience, complete with plush velvet, but it will do for now. And if we dress up a bit, prepare some interval drinks and nibbles (no queue!) it certainly makes a very entertaining and rather different evening. And at the moment, 'different' is probably good enough.
Strange times Theatre