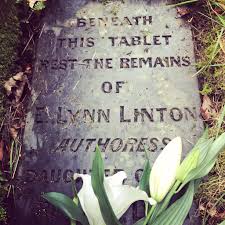 Eliza Lynn Linton, novelist and journalist, died on July 14th 1898. She was born and died in Cumberland and is buried in Crossthwaite Churchyard and she is reported to have said: 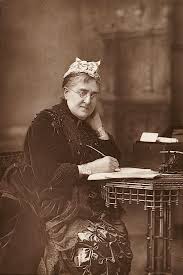 "I should like a paean from the bells of Crossthwaite Church to be rung over my grave week by week, forever."

Linton was a controversial writer, she was the first successful English woman journalist, a prominent novelist and (simultaneously, if paradoxically) a pioneer of female emancipation and an attacker of feminism. Her novels have much in common with George Eliot, although there is also much of the Sensation style about them.

In Linton's novel The Atonement of Leam Dundas the heroine is reminiscent of the conflicted female protagonists of  M E Braddon, Wilkie Collins and Mrs Henry Wood; something of a flirt and a headstrong " New Woman," she harbours a guilty secret (the murder of a French aristocrat). Like many of Charles Lever's young, smart women, she is as comfortable on horseback as in the drawing room, and plays off competing suitors (the handsome, young aristocrat and justice of the peace Edgar Harrowby and the sensitive young minister Alick Corfield) one against the other. Again, like the heroines of the Sensation Novels, she runs away from home and hides under an assumed named, and—surprisingly— dies unmarried at the end of the story. 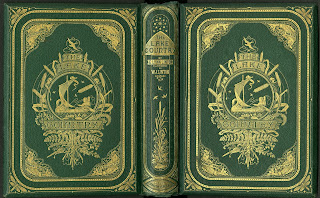 Eliza and her husband W J Linton were Ruskin's predecessors at Brantwood on Lake Coniston. Together they published The Lake Country.   However, Eliza got fed up with her husband’s “fecklessness and domestic chaos” and left him to further her writing career. Her mentor was Walter Savage Landor, and she became one of Charles Dickens' stable of writers, published regularly in Household Words.

An enemy of social change and increasingly reactionary as she aged, she was pronounced "vixenish" by The New York Times in 1898:

Her dislikes were many, not to persons, but towards modern society ways, thoughts, and manners. . . . It is difficult to understand how a sweet-faced old lady with white locks, gold spectacles, and a placid manner wrote such sharp, incisive words.

Her obituary in The Times of London noted her "animosity towards . . . the 'New Woman'," but added that "it would perhaps be difficult to reduce Mrs. Lynn Linton's views on what was and what was not desirable for her own sex to a logical and connected form".

This seems to be a fitting conclusion for a writer who didn't fit neatly into any mould or any particular literary genre.
Books Places Poetry