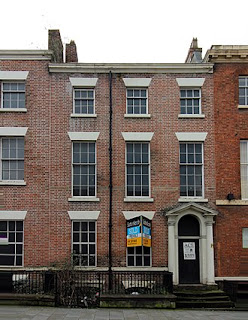 I've worked in Liverpool for years, and I've had a connection with the city since before I can remember, but I have never before found where the Romantic poet Felicia Hemans was born. I tracked down her birthplace through a fascinating work by G T Shaw - The Liverpool Homes of Felicia Hemans.

Romantic poet Felicia Dorothea Hemans was the daughter of a merchant and a granddaughter of the consul to Liverpool. She was born in 1793 at 118, Duke Street in Liverpool. She was a much celebrated Romantic poet who owed the immense popularity of her poems to a talent for treating Romantic themes—nature, the picturesque, childhood innocence, travels abroad, liberty, the heroic—with an easy and engaging fluency. 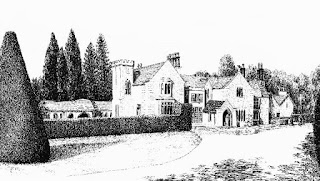 Hemans wrote 24 volumes of verse written between 1816 and 1834, when she died at the age of 41. She died near Denbigh, at St Asaph, where she lived at Bronwylfa Hall. Maybe it's the two places that she lived for most of her life, that create a connection with me. 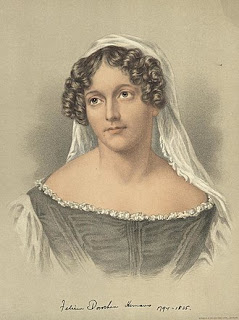 The stately homes of England,
How beautiful they stand!
Amidst their tall ancestral trees,
O’er all the pleasant land;
The deer across their greensward bound
Through shade and sunny gleam,
And the swan glides past them with the sound
Of some rejoicing stream.

Because Hemans wrote Casabianca ("the boy stood on the burning deck...") and The Stately Homes of England, she is seen as the poet of patriotism and morality rather than the Romantic poet she really was. Her two most famous poems have been endlessly parodied. To many contemporary readers, however, she offered a woman's voice confiding a woman's trials; to others, a lyricism consonant with Victorian sentimentality.

Amongst her most beautiful work is Night-Blowing Flowers

Call back your odours, lonely flowers,
From the night-wind call them back,
And fold your leaves till the laughing hours
Come forth on the sunbeam's track!

The lark lies couch'd in his grassy nest,
And the honey-bee is gone,
And all bright things are away to rest—
Why watch ye thus alone?

Reading this it's easy to see how Hemans was inspired by William Wordsworth and his follow Romantic poets.
Poetry