The 60 mile section of the M6 between Lancaster and Penrith was opened on 23 October 1970, making it 50 years old a few weeks ago. The double blue line that runs through Cumbria, skirting the Lake District, is familiar to millions of people who have no idea how slow and difficult the journey was previously on the old, mostly two-lane, A6. 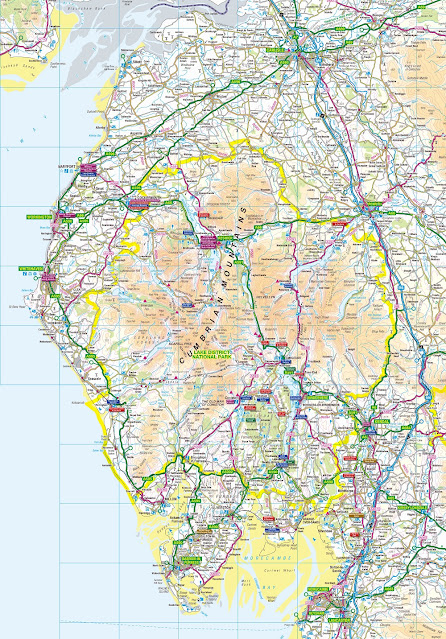 In the 1960s, long before concerns about emissions, the car was king. A fast, efficient road network was seen as essential and motorways were key. So, even though it was less than 10 years since the country's very first stretch of motorway had opened 20 miles to the south, work began on this huge engineering challenge in 1967.

The end result is one of the most beautiful motorway drives in the country.

As well as being an engineering achievement, this stretch of motorway also includes the country's only family-run service area. Tebay Services was opened in 1972 by local farmers and is the exact opposite of a 'normal' service area. Uniquely, it includes a large farm shop, selling locally baked bread, cheese and a wide range of other food and delicatessen items, helping to support local jobs.