We both love a good leather bound volume. To bring some joy to an otherwise rather odd Christmas, Lindsey chose some beautiful examples and we enjoyed unwrapping them on our low-key Christmas Day.

Some relate to travel, tours and topography - probably my favourite area. In the eighteenth and early nineteenth centuries, modern tourism was developing and the pioneering tourists would publish detailed accounts of their journeys and destinations in book form, often beautifully illustrated with new-fangled lithographs. 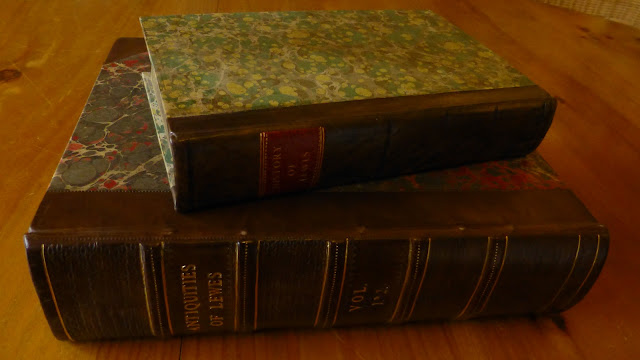 Two of our 'new' books describe Lewes, the county town of East Sussex and not far from where I grew up. The first, published in 1795, has the splendid title Ancient and Modern History of Lewes and Brighthelmston in which are Compressed the Most Interesting Events of the County at Large Under the Regnian, Roman, Saxon and Norman Settlements. Brighthelmston is the old name for Brighton, my home town, adding yet more intertest for me.

The book was published by subscription in 12 parts and there is a list of subscribers at the beginning of the text. 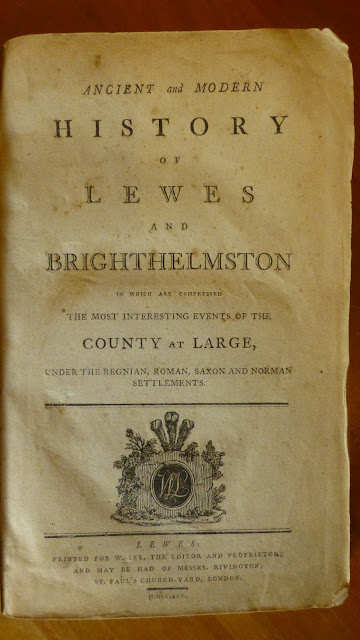 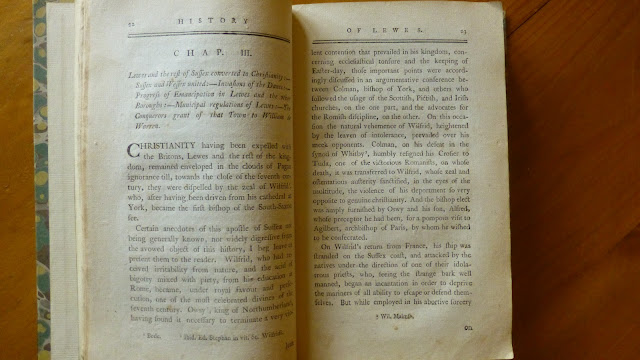 The second book, and the larger of the two, published in 1824, is The History and Antiquities of Lewes and its Vicinity. In the 30 years that separates the two books printing technology had advanced and this later book is fully illustrated throughout with numerous woodcuts and full-page plates described as Lithographic Drawings. Lithography had been invented in Germany in 1796 and by the 1820s was a key feature of topographical books, transporting the reader to their destination far better than words alone could do. 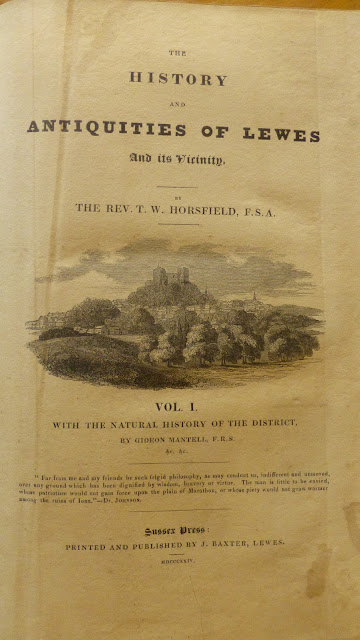 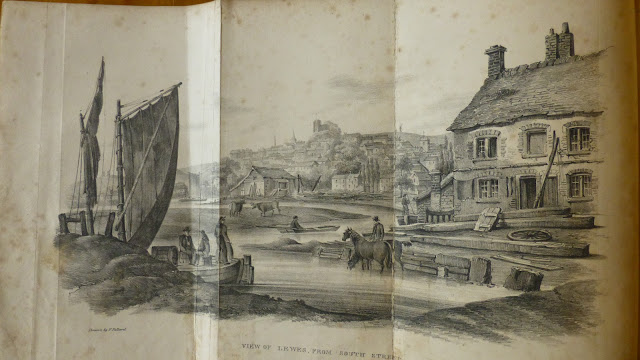 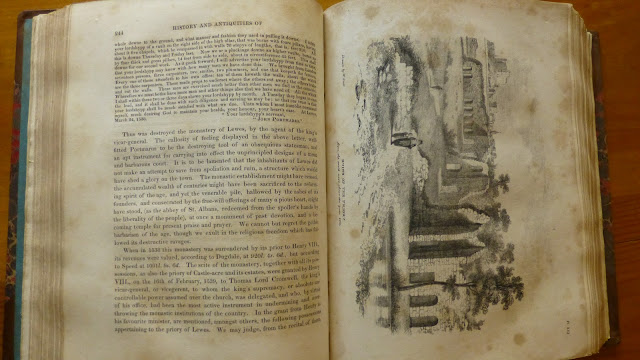 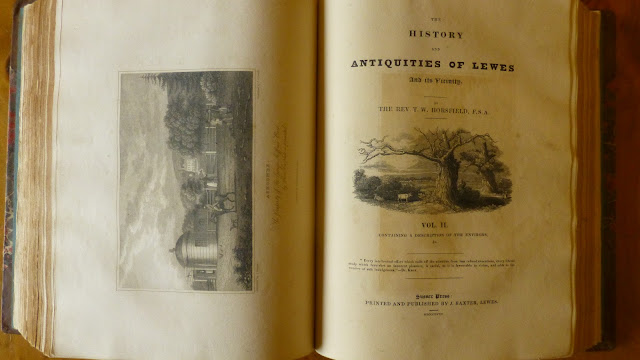 These two books, less than 30 years apart, couldn't be more different, reflecting a number of rapid developments in printing technology at the beginning of the 19th century. The most visible difference is their physical size, with the later book being about four times the size of the earlier one, but they differ in other ways.

Dipping into the books immediately shows some of the advances in printing technology as well as social drivers. The later book has a far more modern look and feel, even though it is almost 200 years old.

The typefaces used in the books couldn't be more different. To a 21st century reader the typeface in the earlier book is from a different age. In particular, it uses the now obsolete 'long S', so that the word 'possessions' appears as 'poſſeſſions'. There are also a number of archaic spellings and the book is written in a general style which appears pompous to today's reader.

By 1824 the long S had been more or less abandonned and the newly designed, modern typeface would not look out of place in a 21st century book. The written style flows better and the book's title is a relatively snappy 56 characters as against the earlier book's rambling 187-character title.

So, whilst covering similar ground, these two books demonstrate the modernising of the printing and publishing industry between 1795 and 1824, as well as wider changes in society. And not forgetting that this was the time of Jane Austen, Byron, Shelley, Keats and Wordsworth - all of whom made a huge impact on both publishing and society.

But, aside from the content, both of these antiquarian books are simply beautiful objects to hold in the hand as you try to imagine their journey over the past 200 years or so. Lovely gifts to mark the strangest Christmas in living memory.