One of our greatest losses during the past 15 months' lockdowns has been access to ruins. We are fortunate that we have easy access to significant numbers of ancient ruins - both castles ruined by battle, and abbeys ruined following dissolution by Henry VIII. Despite their violent past, today these sites invariably provide peaceful settings where we can reflect on life and get things in perspective, all in what are invariably amazing settings with stunning views.

Our need to do this has never been greater but, sadly, most sites have been closed for the past year or more owing to the pandemic. A few unstaffed sites have remained open but only recently have most sites reopened fully - with appropriate social distancing measures in place, of course.

So it was that we began our second Welsh mini-break focussed on the rich heritage of castles with some additional buildings - some less ancient - added for good measure. 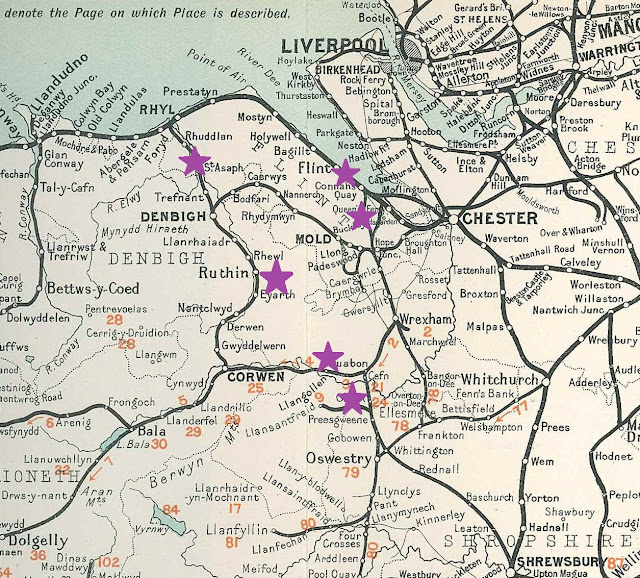 Ewloe Castle, just over the border near Chester, has an unusual setting. We're more used to finding castles on the top of hills which are easily defended, or looking out to sea, but Ewloe's is hidden away at the bottom of a valley in dense woodland.
Dating from the 13th century, the castle was built to defend Wales from the Anglo-Norman invaders. But it was short-lived: within 20 years of being built it had been abandonned by the Welsh defenders who had moved deeper into mountainous Wales, to positions which were easier to defend. 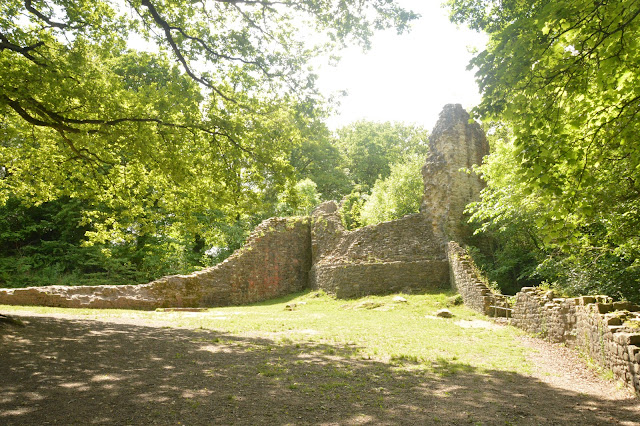 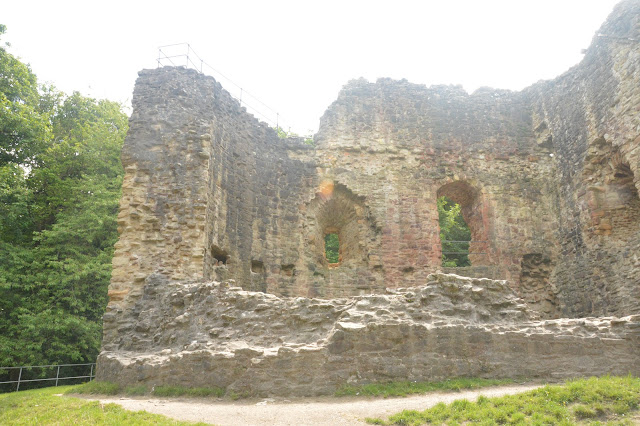 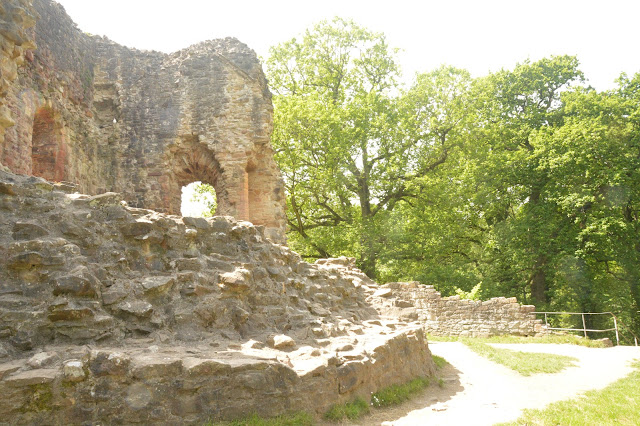 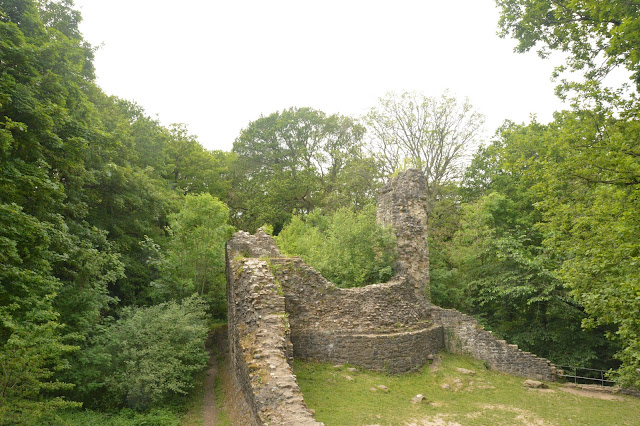 A few miles away, on the River Dee estuary, is Flint Castle, in a much more typical setting: on the coast. Unlike Ewloe, this was built by the English to help with Edward I's invasion of Wales. Its design is more sophisticated, being based on a French layout, and it was built by a team of 18,000 labourers 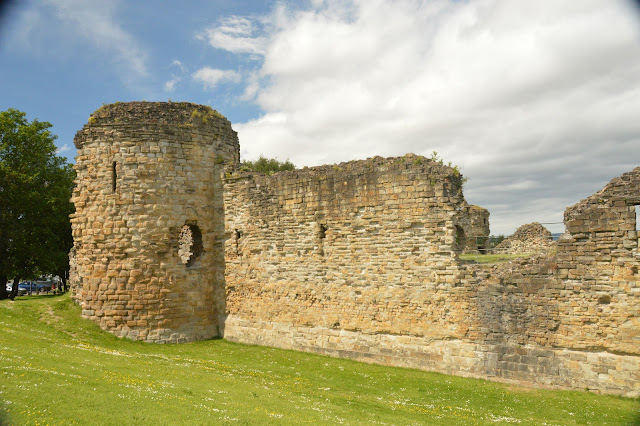 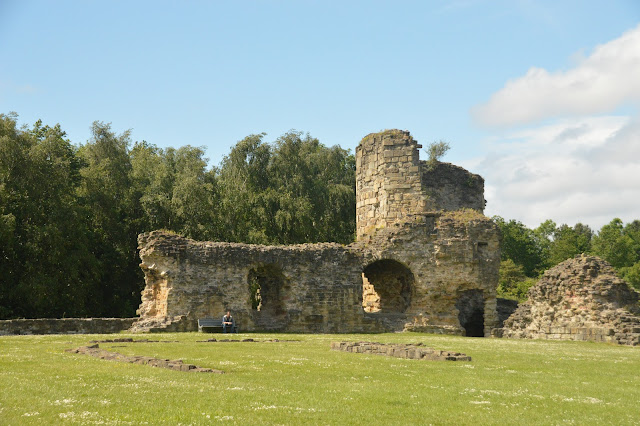 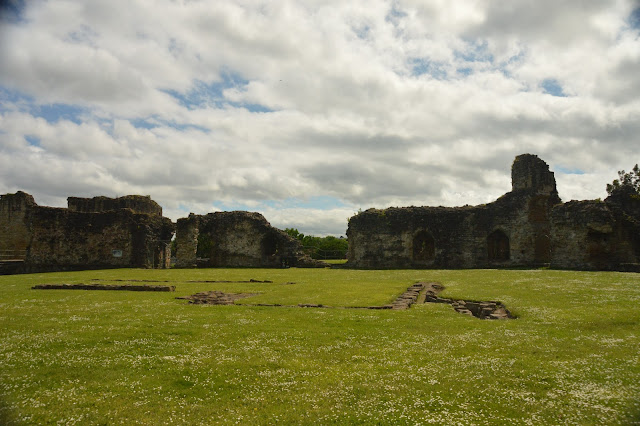 Our final stop on the first day was Rhuddlan Castle, the second of Edward I's castles and built at the same time as Flint to help consolidate his capture of this part of Wales. 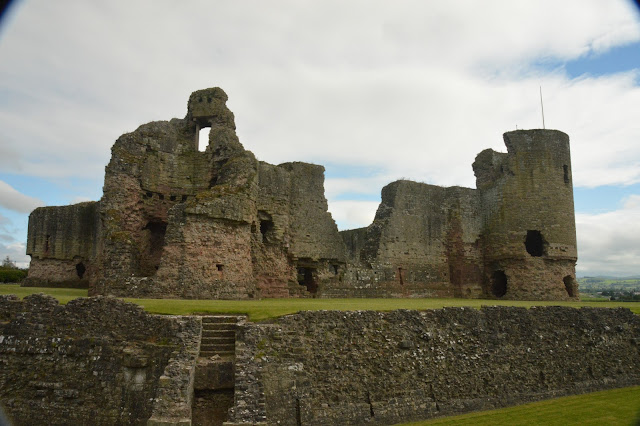 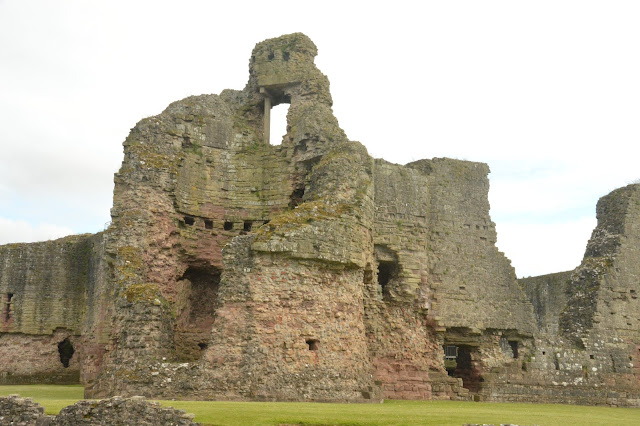 We didn't have long at Rhuddlan and having to book timed tickets was an added complication but we could see the significance of this large castle, built on a hill overlooking the town. This was where Edward I's army finally defeated Llywelyn the Last and where in 1284 he signed a treaty ceding his substantial land to the English crown.

At the end of our first day we had definitely had a full day of ruins and we had plenty to talk about as we enjoyed our evening meal at the hotel.