Posted by Lindsey on August 15, 2021
On Friday we were in Ambleside at the Armitt Library and Museum, enjoying the launch of Penny's new book A Literary Walking Tour of Ambleside. Penny is a good friend, and we were looking forward to the launch, in the beautiful Armitt Museum. 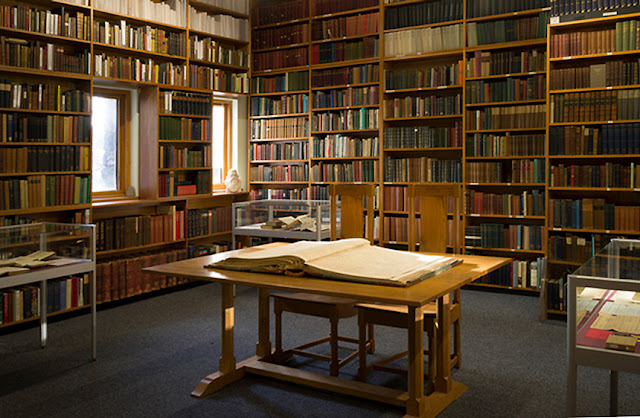 We arrived early so that we could explore the Armitt. Because of family problems and COVID, we haven't been to the Museum for a couple of years. We wandered around, enjoying the exhibitions of Beatrix Potter's mycology, and Canon Hardwick Rawnsley's work as defender of the Lakes. We then spent a happy hour browsing the extensive Lake District book collection. I found myself suffering form a bad case of book envy!
After a delicious pizza at Zeffirelli's, we returned to the Armitt for the launch event. Over canapés and glasses of wine, we listened to the key speakers discussing the publication and the importance of the writers who have found inspiration in Ambleside, over the centuries.
As Penny says in the introduction to the book "Ambleside's literary associations date back to the rise of picturesque tourism in the 18th century. In the years that followed William Wordsworth's arrival in nearby Grasmere in 1799, a host of writers, from John Keats to Charlotte Bronte, visited Ambleside and other writers, such as Thomas de Quincey and Matthew Arnold, had homes here. By the 1850s Ambleside was at the centre of a Victorian vogue for "literary tourism", with visitors exploring the region through the writing it inspired."
The small town of Ambleside has so many literary associations, and is at the heart of a region which for Hardwicke Rawnsley was filled with "literary ghosts" of past writers and poets. I love the idea of "literary ghosts" whose presence I can feel throughout the Lake District, and nowhere more so than in Ambleside, Grasmere and Rydal.
Penny's publication has inspired us to visit some of the less well-known literary associations, especially Fox How, Fox Ghyll and Loughrigg Holme. I am fascinated about the links between place and literature. How literary output is affected by the place in which it is composed and how the ghosts of long dead writers affects our understanding and appreciation of place. Grasmere without Wordsworth is almost unthinkable, as is Hawkshead without Beatrix Potter. I realise how much of my love for the Lake District is influenced by the writers in whose steps I have trodden so many times. Seeing the world through the eyes of Arthur Ransome, Mrs Humpry Ward, John Ruskin and Harriet Martineau, to name but a few, is rewarding and enriching.
The Armitt Museum and Library, at the centre of this literary output, was opened on 8th November 1912 and Canon Hardwicke Rawnsley wrote a sonnet to celebrate the occasion: 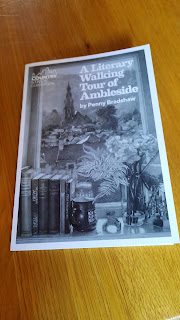 As in some inland solitude a shell
Still gently whispers of its home, the deep,
So from the world of being beyond all sleep
Where those two happy sister spirits dwell,
This book-lined room, this simple student's cell,
Shall in the silence, pure memorial keep
Of those who sowed that others might reap
Their wisdom was from wood and lake and fell.
And as we gather up their gentle lore,
Make rich by jewels from their treasury,
The whispers grow, "Behold! these souls had power
Because with patient heart and loving eye
They learned that man and beast and flower
Were in God's purpose friends for evermore."