We recently spent a day in central Wales attending an event in Newtown. As we overnighting in Montgomery, a lovely miniature town, we explored a couple of local medieval castles.

Both castles have a lot in common: built in the mid 13th century; on the top of a hill and of a similar construction; and a similar purpose - they helped Llywelyn ap Gruffudd to be recognised as controlling this part of Wales.

We had to make a short but steep walk up the hillside to find Dolforwyn Castle. The site is large although the remains are not much more than a floor plan. But you can still appreciate the location and the size and imagine how effective the castle was. 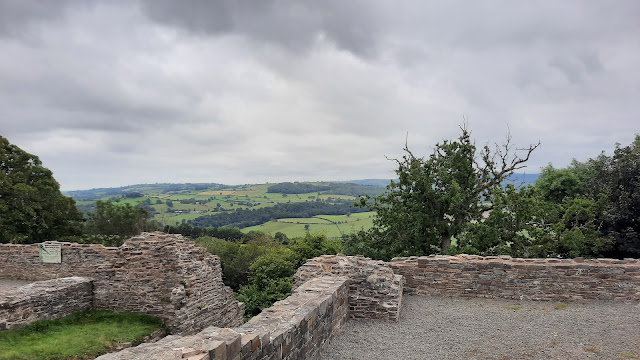 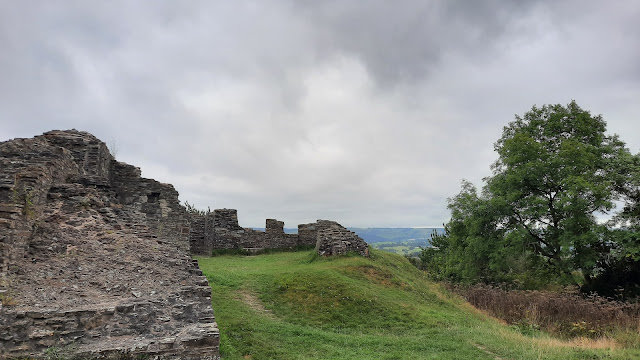 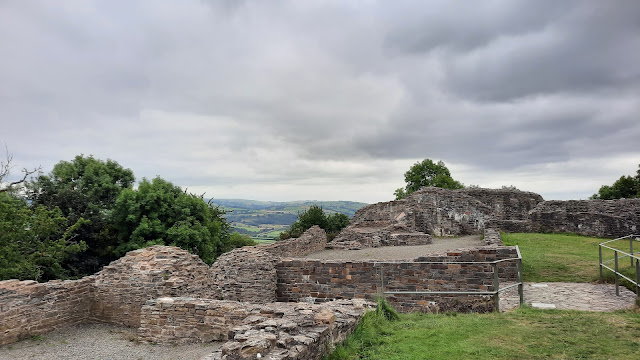 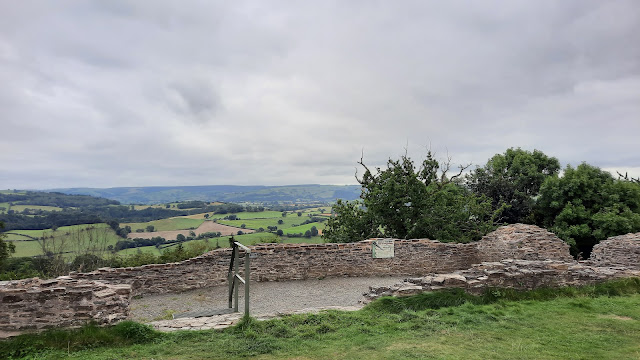 Montgomery Castle, a few miles away and only half a mile from the English border, is more accessible to visitors but commands an equally impressive view. This was the setting for the signing of the Treaty of Montgomery following which Henry III granted Llywelyn the title Prince of Wales. 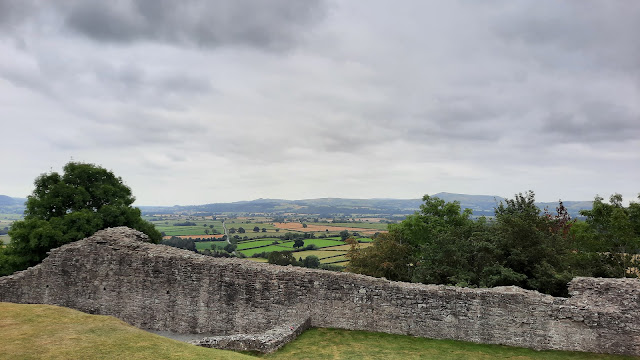 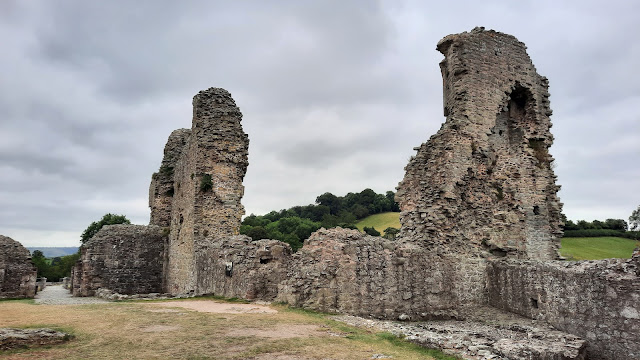 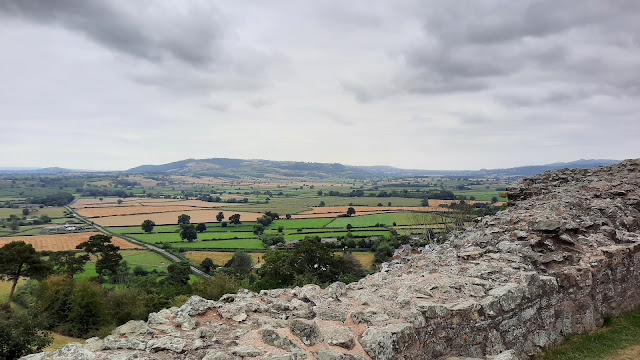 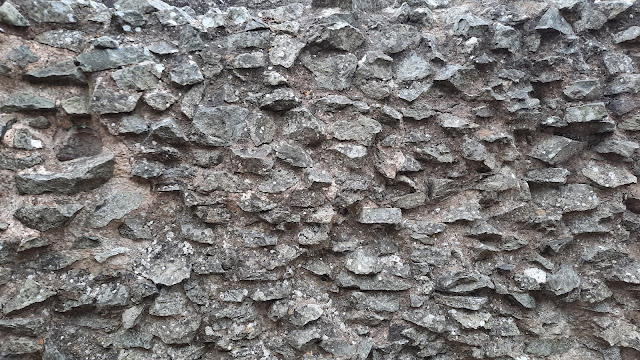