Yesterday we were fortunate to have a fairly clear sky so we could enjoy the light of the Hunter’s Moon. The October full moon is so called because it provided light for people hunting game in anticipation of the cold months ahead. As the October skies are truly dark the full moon is especially dramatic after the lighter skies of the summer months. For us last night, the moon was especially dramatic as there was some light cloud cover. 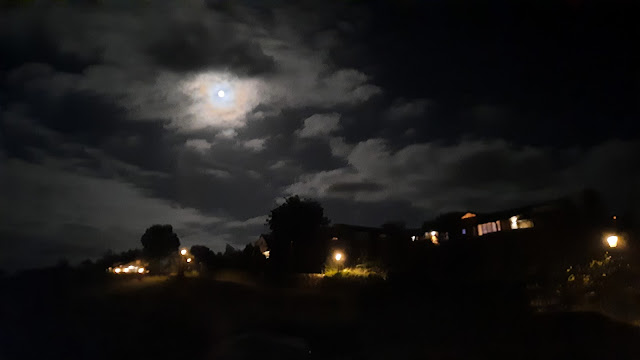 We’re looking forward to the next full moon, known as the Frost Moon. It will also coincide with a partial lunar eclipse, creating a Half Blood Moon. Let’s hope for clear skies.