Last weekend we were in Keswick, so we decided to have a walk close to Derwentwater and  visit the Bowder Stone.

The Bowder Stone is a big rock. A really big rock. Six times the height of a person and the reason it has beguiled travellers to the Lakes for a few centuries, is the fact that it is balanced improbably on one edge. The Bowder Stone is the local dialect name for Boulder Stone. It is a huge rock which fell from neighbouring towering crags at the entrance to Borrowdale. Travellers to the Lake District in the Eighteenth Century named the mountains of Borrowdale - the Jaws of Borrowdale, so frightening and overwhelming are they.

As you walk up to touch the Stone, you feel the enormous bulk of it looming over your head, giving a taste of that ‘pleasurable terror’ which was so popular with Georgian tourists who enjoyed wild, romantic scenery and the frisson of experiencing danger from a safe distance.

The Bowder Stone didn't so much as twitch when eccentric Joseph Pocklington fixed a ladder to it, dug a hole beneath it so people could shake hands for luck, set a 'druidical stone' standing beside it and built a small 'hermitage' for a caretaker to live in who charged a fee for use of the ladder. It wasn't impressed by the visits of famous writers like William Wordsworth, John Ruskin and the queen of Gothic fiction herself Ann Radcliffe. All visited the Stone and all were impressed by its enormity and feat of natural engineering. 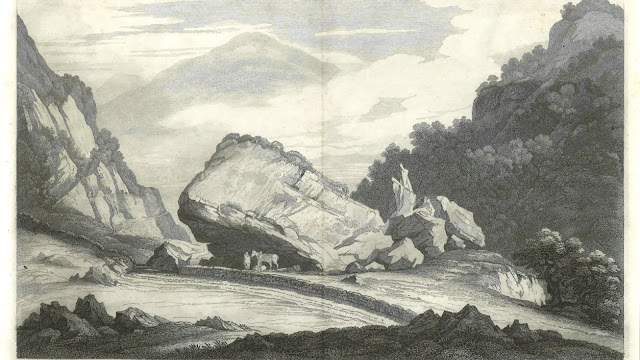 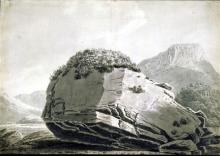 Wright's subject exemplifies the Picturesque, which in the 18th century was a new kind of Beauty midway between Edmund Burke's Sublime and Beautiful. A certain roughness, irregularity and aesthetic deformity were required for a scene to be deemed Picturesque. The Bowder Stone, set in the Jaws of Borrowdale had it all. 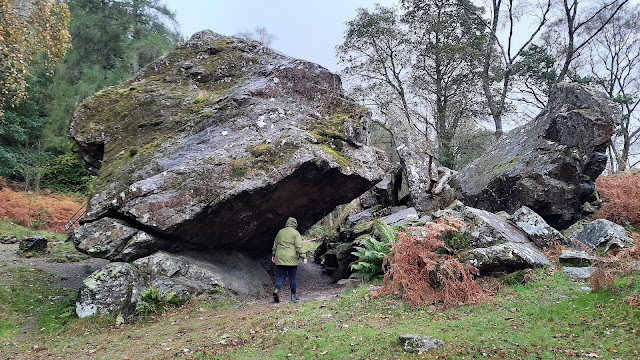 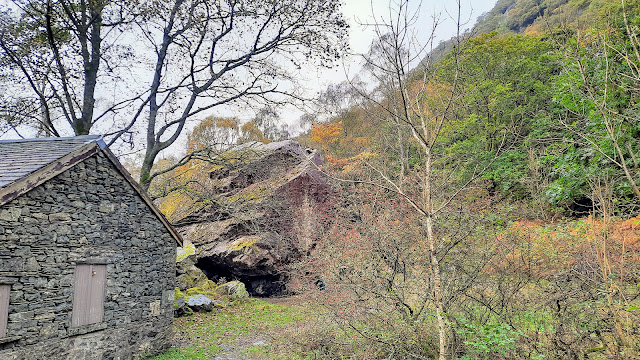