The Wordsworth Trust has a new exhibition at Dove Cottage entitled Dorothy Wordsworth: Writer, Sister, Friend. The exhibition marks the 250th anniversary of the birth of Dorothy, in 1771, and celebrates the defining roles of Dorothy’s life. 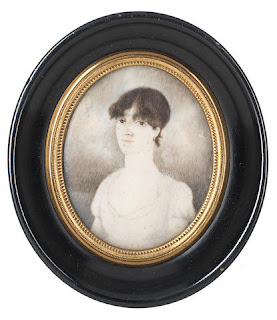 We were delighted to pop up to Grasmere on Saturday, and after a bowl of soup in Mathilde's Café at the Heaton Cooper Studio, we visited Dove Cottage to view the exhibition.

I had mixed views about the exhibition. It was wonderful to be able to see some of Dorothy's original Journals, correspondence and writings; but I did find some of the other aspects of the exhibition a bit tiresome! In particular, the musings of the members of the aromantic, asexual community, exploring Dorothy’s role as a friend. I'm not sure that Dorothy would have identified as part of this community and I'm not sure I got much from this, either. But maybe I'm just being a bit too cynical!

On display were the Grasmere journal – Dorothy's most famous and well-known work and the Rydal journal – unpublished and subject of new research and rarely displayed before. This was particularly exciting and gave great insight into parts of Dorothy's life previously unknown. There were many letters, including the earliest one to survive, written when she was sixteen,  and her last surviving letter is also on display. In addition there were Dorothy's accounts of travels across Scotland and continental Europe and a narrative written to raise funds for village children, orphaned when their parents perished in a blizzard.

Astonishingly, there is also Dorothy's account of climbing Scafell Pike - England’s highest mountain, the earliest surviving such account written by a woman. This was truly inspiring and reminded me what a pioneering woman Dorothy Wordsworth was. Finally, there is a touching description of her nephew John’s first words. She must have been a loving Aunt as well as sister and friend.

Overall, I enjoyed the exhibition, but I don't feel that it really did justice to this pioneering and inspirational woman.