Take The World As It Is 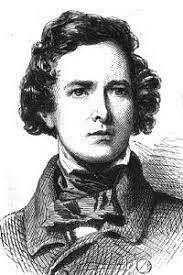 I have always loved Robert Southwell's poem "Time Goes by Turns". I particularly love the way in which this poem puts life into perspective: the ups and the downs, the good and the bad. Until I discovered Charles Swain's poem "Take the World As It Is", I hadn't found a poem which quite spoke to me as much as Southwell's. But I simply love this poem. There might be 300 years between these poems and a huge religious chasm, but, to me, they are both conveying the same message:

Take the world as it is!--there are good and bad in it,

And good and bad will be from now to the end;
And they, who expect to make saints in a minute,
Are in danger of marring more hearts than they'll mend.
If ye wish to be happy ne'er seek for the faults,
Or you're sure to find something or other amiss;
'Mid much that debases, and much that exalts,
The world’s not a bad one if left as it is.

Take the world as it is!--if the surface be shining,
Ne'er rake up the sediment hidden below!
There's wisdom in this, but there's none in repining
O'er things which can rarely be mended, we know.
There's beauty around us, which let us enjoy;
And chide not, unless it may be with a kiss;
Though Earth's not the Heaven we thought when a boy,
There's something to live for, if ta’en as it is.

Take the world as it is!--with its smiles and its sorrow,
Its love and its friendship,--its falsehood and truth,
Its schemes that depend on the breath of to-morrow,
Its hopes which pass by like the dreams of our youth:
Yet, oh! whilst the light of affection may shine,
The heart in itself hath a fountain of bliss;
In the worst there's some spark of a nature divine,
And the wisest and best take the world as it is.
Books Poetry