Alan Ayckbourn's It Could be Any One of Us 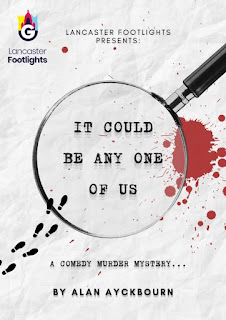 We're thoroughly enjoying theatres being fully open again. So on Friday we renewed our acquaintance with Lancaster Grand to watch the Lancaster Footlights perform Alan Ayckbourn's It Could Be Any One of Us.

The Grand Theatre is worthy of a mention having been in near continuous use since 1782 and the third oldest theatre in England. The theatre was built in 1781, becoming one of the first permanent theatres in Britain. In 1795, Macbeth was performed, and playing Lady Macbeth was Sarah Siddons. In September 1833 Italian violinist Niccolò Paganini played at the theatre. It is believed that Charles Dickens read A Christmas Carol on stage.

Friday's play was excellent, an unusual diversion for Ayckbourn, a murder mystery. Set in a windswept country house, on a stormy night, the play features a dysfunctional family at odds with each other and a wrangle over a will. All excellent ingredients for a good old fashion murder. And murder there is. The Ayckbourn twist is that whilst the victim always remains the same, the murderer changes from night to night. The added twist in Friday's performance was that neither the director nor the actors knew who the murderer was either. Until a card was drawn in an on stage card game and informed the cast of the ending!

In true Ayckbourn style there is a detective (who has never solved a case), a writer, an artist, a composer (whose works have never been published, shown or performed) and a dysfunctional teenager.

These are the prime ingredients for a murder mystery which has a number of surprises -the victim is not who it should be, the murderer’s identity changes for each performance and the thrills are accompanied by tongue in cheek humour and amusing comments.

An excellent evening's entertainment in a gem of a theatre. 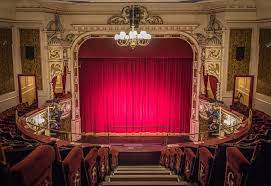