Whilst on holiday recently in Normandy we visited the Bayeux Tapestry, in the small town of Bayeux. This is something I've wanted to see for years, and I was thrilled that we had the time to fit a visit into our holiday.

I didn't really know what to expect, beyond the photos of the Tapestry which I had seen so many times in books. The reality of the Tapestry is amazing. It's so bright and clear that it could have been created a few years ago, rather than the 1,000 years plus.

We took our time, enjoying each panel of the Tapestry, which stretches for 70 metres. Depicting political intrigue and treachery, heroism and brutal violence, victory and defeat, the Tapestry portrays one of the pivotal moments of English history. 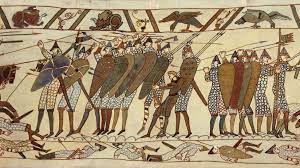 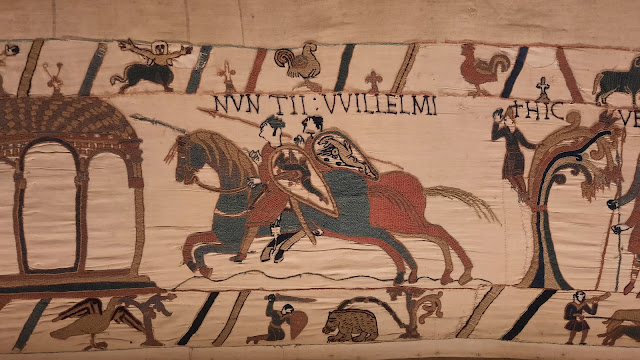 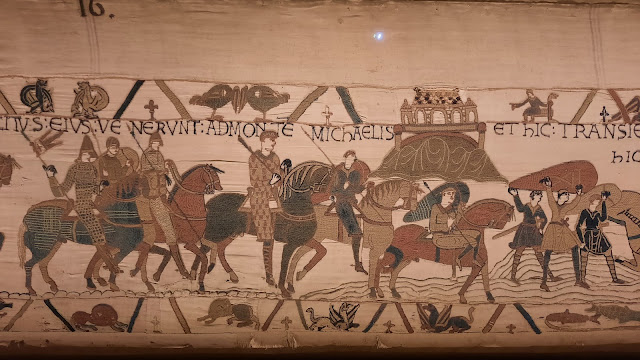 This story of the Norman invasion of England in 1066 seemed very poignant in the week that Russia decided to invade Ukraine. It reminded us that war is always with us as well as treachery and violence.

Whilst in Bayeux we also enjoyed a visit to the Romanesque Cathedral built during the reign of William the Conqueror and was consecrated on 14 July 1077 in the presence of William, Duke of Normandy and King of England. It was on this site that William may have forced Harold Godwinson to take an oath of support to him, the breaking of which led to the Norman conquest of England. 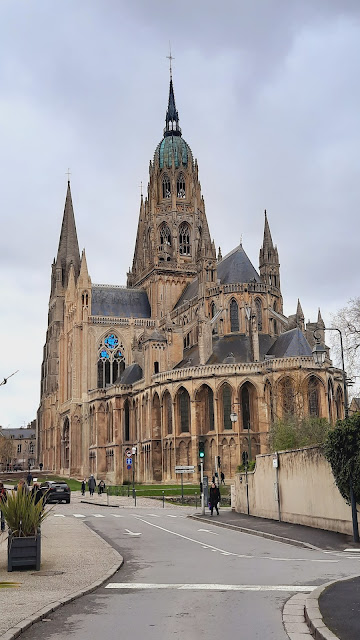 We completed our visit to Bayeux with a meal in a Creperie, a restaurant selling sweet crepes and savoury galletes. Crepes and galletes are a speciality of Normandy and very delicious they are, too.

All in all. a thoroughly enjoyable and thought provoking day.