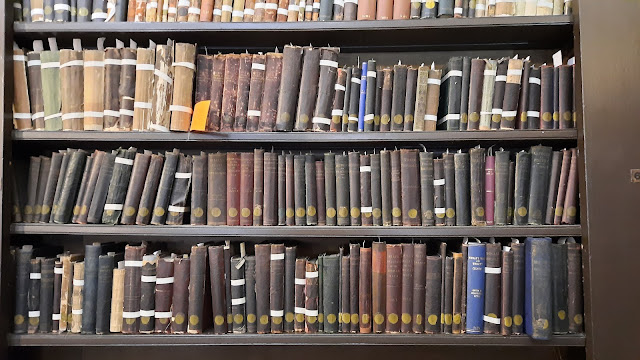 On Saturday we visited the Portico Library in Manchester. This is somewhere we have been meaning to explore for ages. I'm so glad we made the time to visit.

The Library building is wonderful and the staff are so very welcoming. We enjoyed a pot of coffee and a cheese scone, as we sat surrounded by shelves and shelves of books.

The Portico Library was established by 400 founding subscribers in 1806, during Manchester’s emergence as ‘the first modern city’. Early readers and associates included world-famous authors, future Prime Ministers, leading scientists, and educators. Built with wealth derived from the Industrial Revolution, British empire-building, and colonial expansion, the Library amassed a collection that reflects the innovations, but also the exclusions and inequities of its time.

The Library’s early members—all men until the Married Women’s Property Act of 1870—included people of all political positions, from Radical and Liberal abolitionists and anti-poverty campaigners to exploitative factory owners and textile traders. Many members were non-conformists and several wrote influential books, such as our first Secretary Peter Mark Roget, who wrote the first English thesaurus, and founder of atomic theory, John Dalton. Celebrated Manchester author Elizabeth Gaskell used the Library while her husband William acted as its longest-serving Chair. 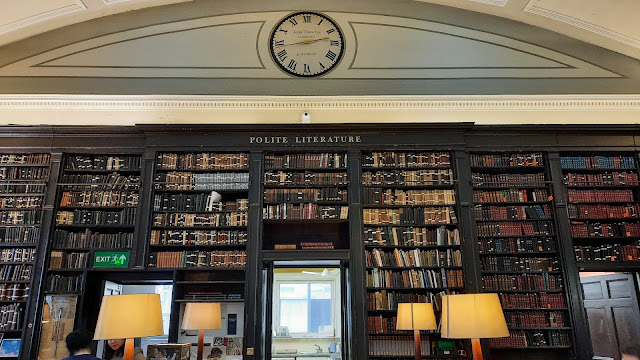 Today, the Library has an exhibition exploring the large collection of "Polite Literature" in the Library's ownership. The words "Polite Literature" are written in gold over the central bookshelves in the Portico. The words refer to a concept which is strange to us, today; from an era when "politeness" was central to culture and society. This concept spawned so many books and many of them are to be found in the Library including Mrs Beeton's Book of Household Management (1861) and Sarah Lewis's Woman's Mission (1839). Sarah Lewis characterises the role of women in educating their children to be "polite, kind and caring". Mrs Beeton's book asserts that "good temper should be cultivated by every mistress". These are fascinating ideas for us in the 21st Century and the Portico is unwrapping what politeness means in today's society. Chris and I had a fascinating, and very polite, conversation about the Portico and the exhibition over our delicious Chinese meal! 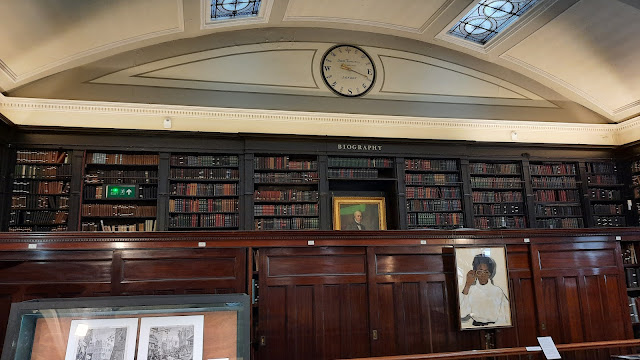