After our literary exploration of Rottingdean we moved onto Brighton. We spent the day exploring and reacquainting ourselves with some of our favourite haunts. Keith Waterhouse author of Billy Liar wrote: “Brighton has the air of a town that is perpetually helping the police with their inquiries". There are certainly parts of this beautiful town which support this comment, and many crime novels are set in and around Brighton. Peter James's Roy Grace novels are probably the best known crime fiction set in Brighton. James writes of Brighton "The city itself also boasts some stunning classical Regency and Victorian architecture, but at the same time, you only have to walk along some of its twisting old alleys and lanes to imagine yourself back in the 18th century. Last but not least, it’s got a dark underbelly to it ... and that’s, in large part, why I set my Roy Grace crime novels there too." 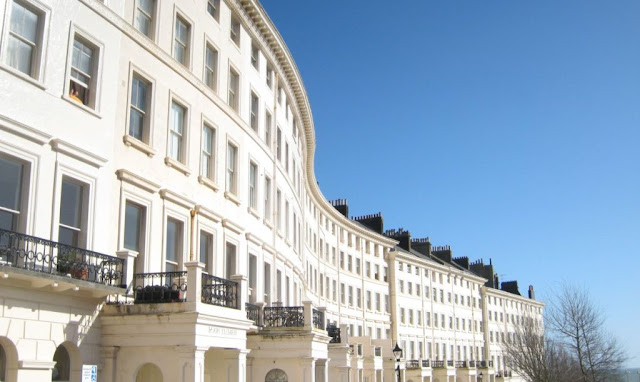 At the other end of the literary spectrum is Jane Austen's Pride and Prejudice. Although Brighton is not directly described in the novel, it plays a key role in the plot. Austen herself clearly had a poor view of the place, as shown in a 1799 letter to her sister Cassandra: “Here I am once more in this scene of dissipation and vice, and I begin already to find my morals corrupted.” From the novel: “In Lydia’s imagination, a visit to Brighton comprised every possibility of earthly happiness. She saw, with the creative eye of fancy, the streets of that gay bathing-place covered with officers. She saw herself the object of attention, to tens and to scores of them at present unknown. She saw all the glories of the camp – its tents stretched forth in beauteous uniformity of lines, crowded with the young and the gay, and dazzling with scarlet; and, to complete the view, she saw herself seated beneath a tent, tenderly flirting with at least six officers at once."

Arnold Bennett is a surprising author to link with Brighton. Most of his novels are set in his native Staffordshire, more precisely in the Potteries. However, Bennett lived for a time in Rottingdean,and began writing The Card trilogy in Brighton’s Royal Albion hotel in 1910. In the second part of the trilogy, Hilda runs a boarding house in Preston Street. 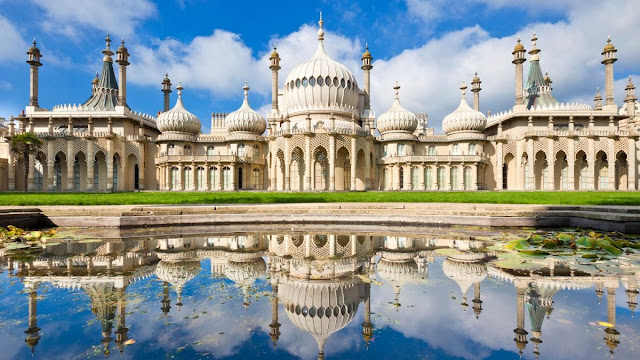 Malcolm Saville's The Long Passage is set in Brighton, with the Royal Pavilion providing the setting for much of the novel. In this excellent novel the Buckinghams are on vacation in Brighton, and Juliet and Simon are quick to explore and find adventure. They encounter a number of strange characters, and eventually come to learn a long-hidden secret about Brighton's Dome concert hall. All very thriling stuff!

Charlotte Smith was an English Romantic poet and novelist. She initiated a revival of the English sonnet, helped establish the conventions of Gothic fiction, and wrote political novels of sensibility. Smith became involved with English radicals while she was living in Brighton from 1791 to 1793. Like them, she supported the French Revolution and its republican principles. Her epistolary novel Desmond tells the story of a man who journeys to revolutionary France and is convinced of the rightness of the revolution and contends that England should be reformed as well.

There are countless other novelists and novels associated with Brighton, Jane Austen's Mansfield Park, Henry James The Golden Bowl and William Makepeace Thackeray's Vanity Fair, to name but a few. However, I guess no canter through Brighton associated literature, however brief, would be complete without a passing reference to Graham Greene's Brighton Rock. Definitely not one of my favourite novels, but one which helped to firmly establish the seedy side of Brighton in the public's consciousness.