On our recent trip to Sussex, we discovered the home of the Victorian poet, William Watson, in Rottingdean. Watson lived, for much of his life, in both Liverpool and Sussex although he was born in Yorkshire, and buried in Liverpool.

Much of Watson's work was politically controversial in that he had a regular talent for criticising “the establishment” and he is famous for being passed over for Poet Laureate not once, but twice. Both times he was, by popular demand, the outstanding candidate. But both times poets considered by many to have “lesser talents” got the job. Watson just refused to conform and spoke out loudly against conflicts such as the Boer War. He was a libertarian and a devout enemy of all forms of tyranny. 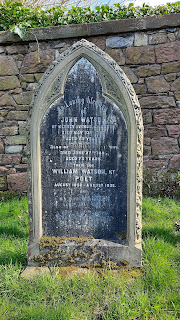 The final stanzas of Watson most famous poem: Wordsworth's Grave, could equally apply to the peace of the churchyard of All Saints and the poet laid to rest there.

Afar though nation be on nation hurled,
And life with toil and ancient pain depressed,
Here one may scarce believe the whole wide world
Is not at peace, and all man's heart at rest.
Rest! 'twas the gift he gave; and peace! the shade
He spread, for spirits fevered with the sun.
To him his bounties are come back--here laid
In rest, in peace, his labour nobly done.

Having visited Watson's home, and read a great deal of his poetry, we decided to visit his grave in Childwall, Liverpool. 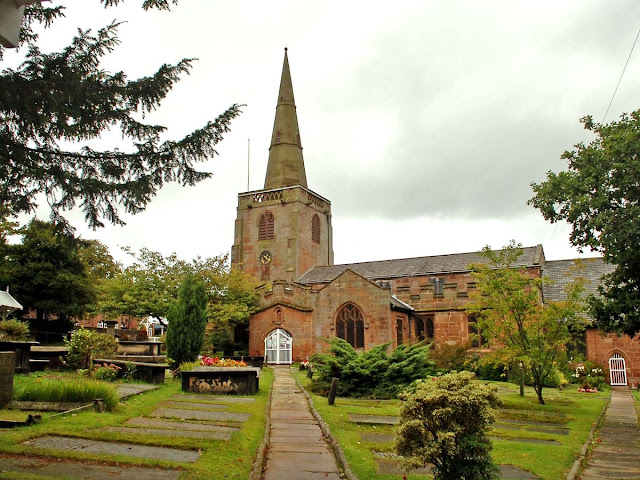