Yesterday, after a few hours at work, we finally managed a visit to Speke Hall. I haven't been to this beautiful Tudor mansion since my schooldays, and Chris has never been at all. 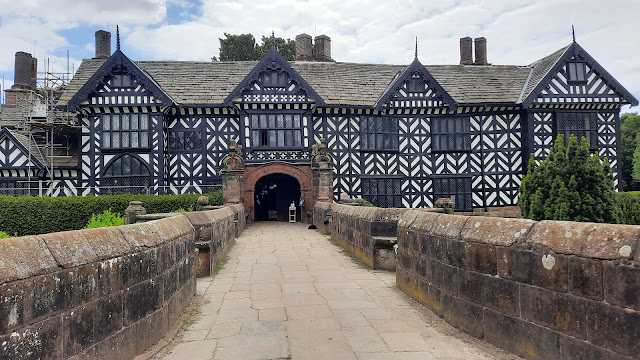 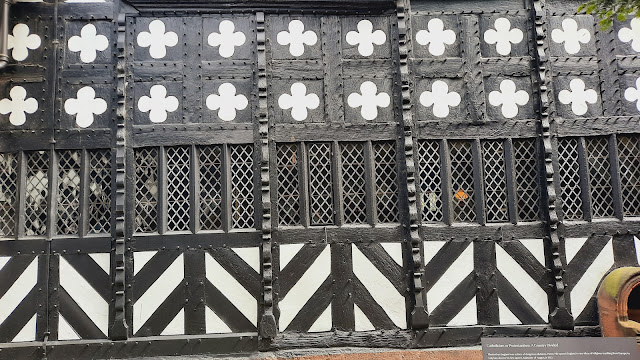 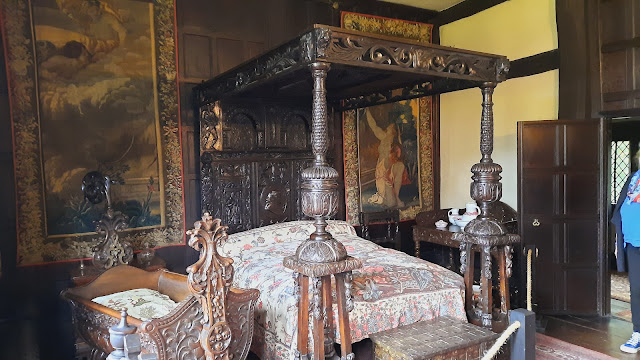 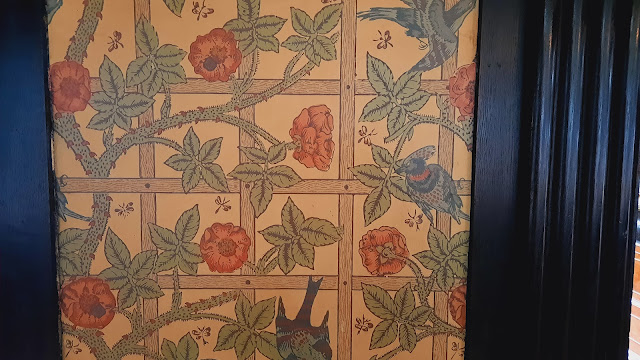 We enjoyed a walk around the grounds, particularly exploring the kitchen garden, and then strolled round the house. The house is a splendid mix of Tudor simplicity and Arts and Crafts aesthetics. 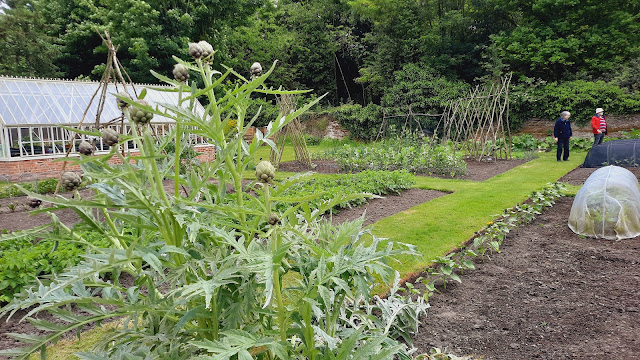 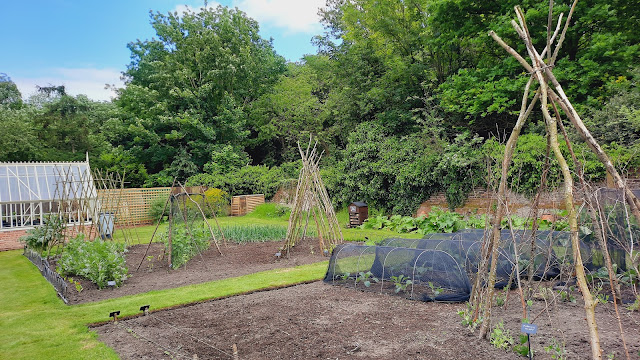 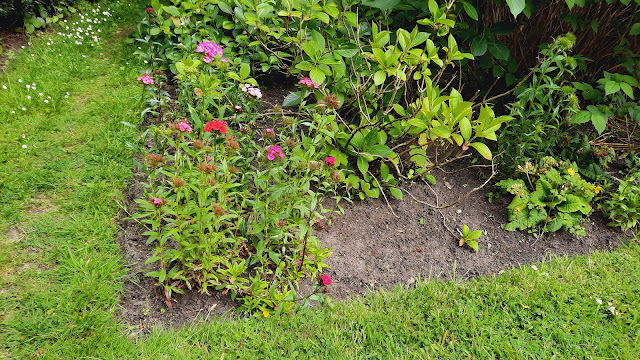 I have an especial interest in recusancy, and was thrilled to discover the history of the religious turmoil experienced by the Norris family, the owners of Speke Hall in the Tudor period. The Norris family were devout Catholics and practised their faith, in spite of the threat of persecution and accusations of treachery and treason. They were frequently fined for recusancy, refusing to attend Church of England services, and lived in fear of worse punishments and penalties.

The Hall has a number of reminders of this period. The eavesdropper hidden high above the courtyard and the priest hole upstairs in the Hall. There is a very atmospheric reconstruction of a priest escaping behind the wood paneling,  whilst the house is being searched by Elizabeth I's men.

O, fair old house—how Time doth honour thee,
Giving thee what to-day may never gain,
Of long respect and ancient poesy?
The yew trees at thy doors are black with years,
And filled with memories of those warlike days,
When from each bough was lopp'd a gallant bow;
For then the yew was what the oak is now,
And what our bowmen were, our sailors are.
How green the ivy grows upon the walls,
Ages have lent their strength to those frail boughs,
A venerable wreath upon the past,
Which here is paramount;—the past, which is
Imagination's own gigantic realm.