Why Do I Use My Paper, Ink and Pen?

On Friday we enjoyed the Marian Consort performing Why Do I Use My Paper, Ink and Pen? at the Stoller Hall in Manchester.

We love the venue, the acoustics are amazing. This was our first live experience of the Marian Consort; they were fantastic, they explore powerful, heartfelt music from Renaissance England alongside songs of plea and protest from the folk tradition.

The performance brought together so many of our interests: beautiful Renaissance music, fantastic singers and, even better, poems by, and about, Recusant poets. 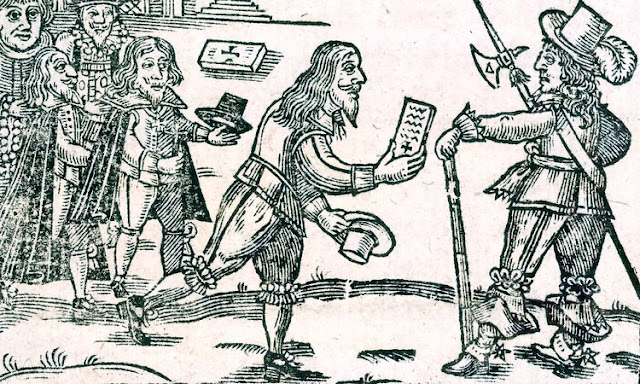 The Consort sang William Byrd's incendiary setting of Henry Walpole’s ‘Why do I use my paper, ink and pen’, a poem commemorating the martyrdom of Edmund Campion, which speaks truth to power in a manner similar to early English ballads, many of which have their origins in far more ancient folk songs, stories and uprisings. Walpole was inspired by Campion’s example to become a priest and, in time, a martyr as well.

Some years after Campion’s death, William Byrd set a few stanzas of Walpole’s poem to music. This was a rather bold move on his part; the only previous attempt to publish the poem had resulted in the torture and death of the publisher. But Byrd, because his talent had made him a favourite with the Queen, had more latitude, and made use of it.

Why do I use my paper, ink and pen?
And call my wits to counsel what to say?
Such memories were made for mortal men;
I speak of Saints whose names cannot decay.
An Angel’s trump were fitter for to sound
Their glorious death if such on earth were found.

William Byrd was a devout Catholic who, like his friend and mentor Thomas Tallis, made his religious convictions clear in his use of texts, a potentially dangerous strategy in Protestant Elizabethan England.