On our recent visit to France we were delighted to discover that the Château de Bois Thibault, near the small town of Lassay-les-Châteaux, was open to the public. The grounds are always open, and we have explored them many times, but the inside of the château is only open occasionally through the year.

The most exciting discovery of this visit was the link between the Château  de Bois Thibault and the Arthurian legend of Lancelot du Lac or Lancelot of the Cart. 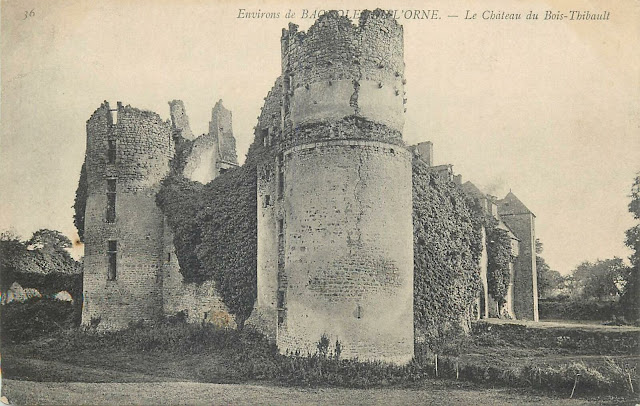 Lancelot, the Knight of the Cart, is a Twelfth Century old French poem written by Chrétien de Troyes. It is one of the first Arthurian legends to feature Lancelot as a prominent character. The narrative tells the story of the abduction of Queen Guinevere and is the first known example of courtly love as a literary device.

In one of the ruined rooms of the château there is a "round table" telling the story of Lancelot of the Cart. Chrétien’s story differs from Sir Thomas Malory’s story of Lancelot in so many ways, but it is easy to see some of the themes of trials, courtly love and chivalric honour. Sir Gawain makes an appearance in Chrétien’s tale, as do Guinevere and King Arthur. 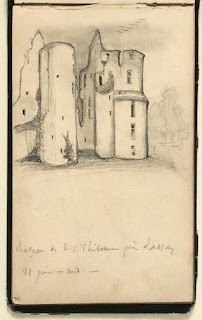 A final literary connection to this small town, a ‘Petite Cité de Caractère’ is Victor Hugo who wrote of his visit:

"Since Alençon, I have seen Lassay, a charming little semi-wild town, planted right in the middle of side roads, which has three old castles, including two admirable ones that I drew. The third has only a few ruins located among the most beautiful and fiercest trees in the world ."